This tour will give you a comprehensive experience of Japanese history, culture and everyday life whilst mixing luxury with tradition. It will take you from the hustle and bustle of Tokyo to Kyoto, the ancient capital and true heart of Japanese tradition. Staying at a traditional Japanese house called ryokan and soaking in a hot spring in Hakone will make you feel like a true Japanese person, while Hiroshima and the picturesque Miyajima island will surely enchant you. You’ll travel by the famous bullet train, and this route includes all kinds of fascinating activities

Tokyo is the capital of Japan and located on the eastern side of the main island Honshu. Over 12 million people live, making it one of the most populous cities in the world. Tokyo is not only the political and economical center of Japan, it has also emerged as a center of the world economy and culture. 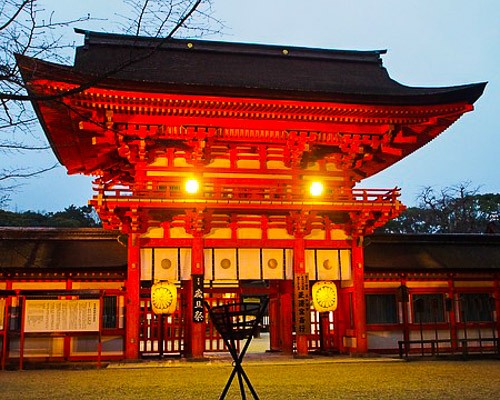 On 22nd May 2012, the tallest freestanding tower in the world opened in Tokyo. At a height of 2,080 feet, Tokyo Sky Tree is the second tallest structure in the world, after Burj Khalifa in Dubai.

There are a number of attractions in Tokyo that should not be missed. There are large-scale downtown areas, including Ginza where famous shops from around the world stand side by side, the sleepless Shinjuku that has become the “new city center of Tokyo,” Asakusa which is reminiscent of the traditional Edo (the former name of Tokyo), and Shibuya that starts the trends for the young people.

Other unique areas include the computer town Akihabara, a dense retail area where numerous electronic shops compete against each other, attracting many shoppers from Japan and overseas, and Tsukiji, an open-air wholesale food market catering to shops and consumers everywhere in Japan. 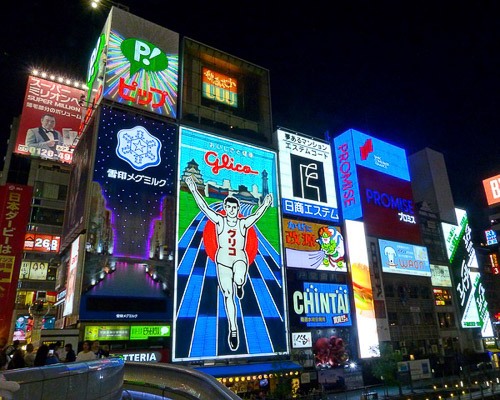 Hakone is part of the Fuji Hakone Izu National Park. Spectacular views of Mt.Fuji and some of Japan’s most beautiful mountain scenery as a backdrop have made this area one of the popular among visitors to Tokyo. Less than 63 miles from the capital and it takes about 1h 30minutes by train. 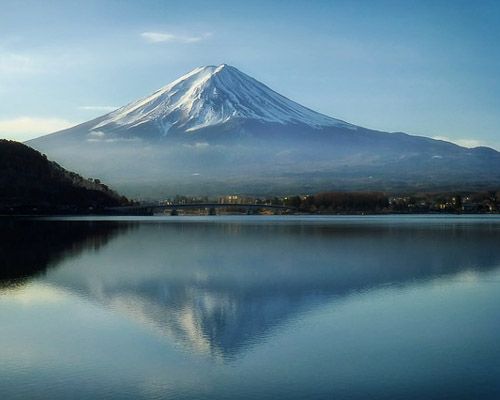 Views of Mt Fuji from the park and relaxing in the onsen (hot springs) are among the highlights, but there are plenty more attractions here too, including the outstanding Open-Air museum with its hundreds of sculptures and a cruise around the jewel-like Lake Ashi, at the centre. The best way to see Hakone is to buy the Hakone Free Pass available at all Odakyu railway stations.

The conically shaped Mt. Fuji is the highest mountain in Japan, at 3,776m high and long the centre for mountain worship in ancient Japan. Today, it is a popular mountain to climb and is officially open to climbers in July and August. Many people climb Mt. Fuji to watch the sunrise from the top. Access to the 5th station is well maintained, so visitors can admire the scenery at close-hand without having to climb all the way to the top. 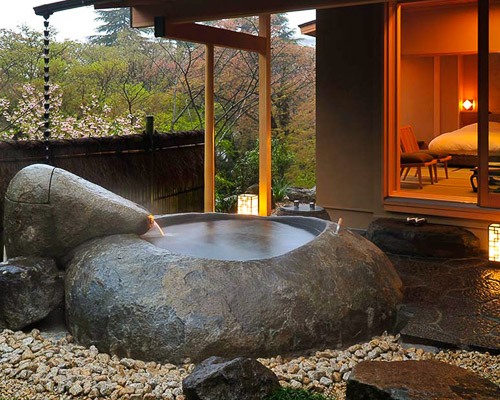 Kyoto stretches from southeast to northwest in the central and northern Kansai Region (midwest Japan). It takes 2h 30minutes from Tokyo by bullet train. Kyoto became the capital of Japan in the 8th century. It flourished as the centre for Japanese politics, economy and culture for some 1,100 years, until the capital functions were transferred to Tokyo in the mid-19th century. There remain many temples and shrines in Kyoto that were built during this long period. Kyoto is famous for Geisha and Maiko.

A neighboring city Nara is amongst the oldest of Japan’s former capitals (710-784) and boasts some impressive temples. It was here that Buddhism first flourished, under a series of successive emperors. The town is located 40 minutes from Kyoto Station to Nara Station by JR Express Train.

Hiroshima was devastated by an atomic bomb in World War II. All structures vanished, but one miraculously remained standing. It is called the Hiroshima Atomic Bomb Dome. Peace Memorial Museum graphically displays the atomic bomb’s horrible effects on the city and its inhabitants. Today Hiroshima is internationally known as a city of peace that continues to convey its experiences to the entire world.

Hiroshima also offers gastronomical pleasure, including oysters and okonomi-yaki Hiroshima style, unique flour crepes fried with vegetables and noodles that are different at each restaurant.

Miyajima Island ( picture ) is the popular name of Itsukushima Island situated in Miyajima Town in south western Hiroshima.The island is famous for Itsukushima Shrine. It is a scenic site in which the mountains, sea, red shrine buildings and famous great gate blend in harmony, and the entire island is designated as a historic site. It is one of the three most beautiful sights in Japan, along with Matsushima in Miyagi and Ama-no-hashidate in Kyoto. Miyajima is easily accessible by ferryboat in 10 minutes from Miyajimaguchi Station in Hiroshima city. 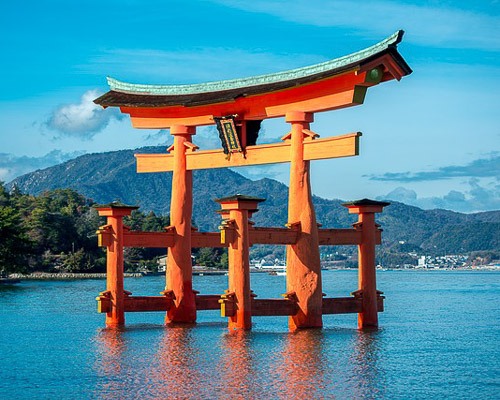 4 hours train journey from Tokyo takes you to Takayama where you find old wooden houses standing side-by-side, and its lineal beauty, highlighted by projecting lattices and eaves of uniform height, attracts visitors’ attention. The town is easely explored on foot. ‘Old town’ area has been beautifully preserved, with many buildings and whole streets of houses dating from the Edo Period (1600-1868), when the city thrived as a wealthy town of merchants.

The Takayama Festival in the spring and fall believed to have begun in the 16th to 17th century. During the festival, intricate floats roam the city. The floats, utilizing the essence of Hida’s traditional techniques, are dazzling and magnificent.

Shirakawago is a quiet village among the hills surrounded by mountains, with rice fields and a river running through it. About 110 ‘Gassho zukuri’ houses with steep rafted roofs stand next to each other, and UNESCO registered the whole of Shirakawa-go as a World Heritage Site in 1995

The Japanese yen is the official currency of Japan, symbol: ¥; code: JPY. It is the third most traded currency in the foreign exchange market after the United States dollar and the euro

If you have a ‘British Citizen’ or ‘British National (Overseas)’ passport, you can enter Japan as a visitor for up to 90 days without a visa. You may need to provide evidence of a return or onward ticket.

Japan is not divided into different time zones. The whole country is nine hours ahead of Greenwich Mean Time (GMT). So, when it is midday in London, it is 9pm in Japan (8pm during British Summer Time). There is no daylight saving in Japan.

Japan has distinctive four seasons.The period covering late March and April is often considered the best time to visit Japan because the cherry blossoms are in full bloom in most regions of the country and the weather is pleasantly mild. 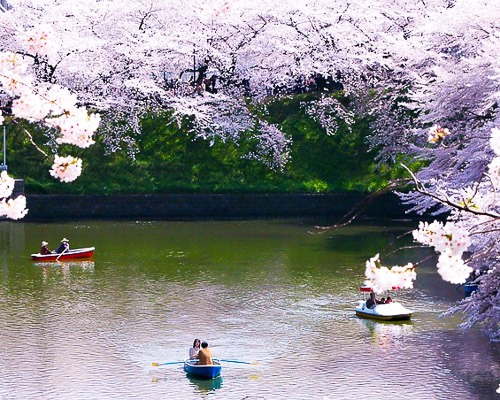 Late October to November is also one of the best times as the weather is relatively dry and mild, and the autumn colours are spectacular in many parts of the country.

June: The rainy season visits most parts of Japan except Hokkaido. It does not rain constantly every day, the weather tends to be overcast and dreary for a month .
August: Very hot and humid in most of Japan. Travel activity is high during the entire month due to summer school holidays, but is especially intensive during the Obon (13th -15th) in August. Late August and September is a typhoon season and avarage number of landfall is 2-3 times annually.
Special mention:

New Year : The Japanese celebrate the New Year in a big way. Many shops, restaurants and tourist attractions are closed from 31st December to 3rd January.

Golden Week: The Golden Week is a collection of four national holidays from 29th April to 5th May. In combination with well placed weekends, the Golden Week becomes one of Japan’s busiest holiday season. 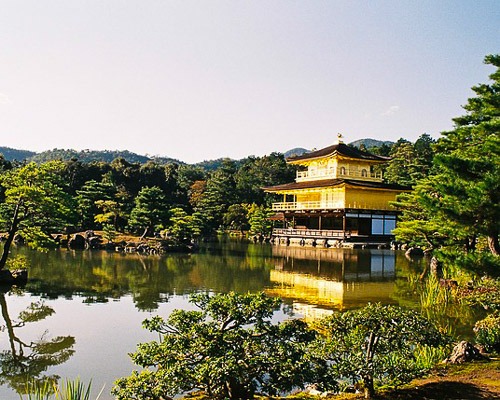 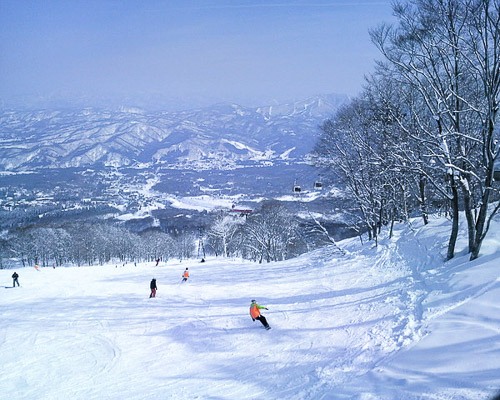 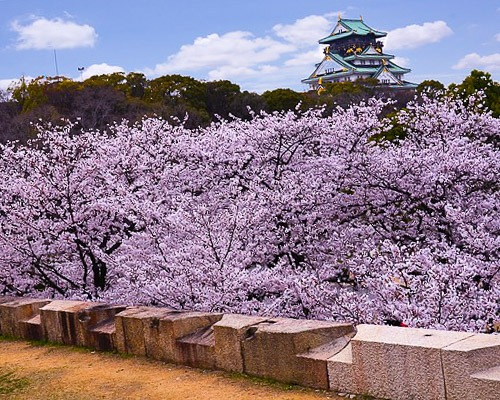 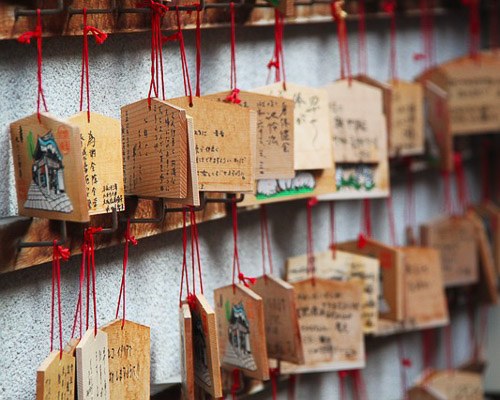 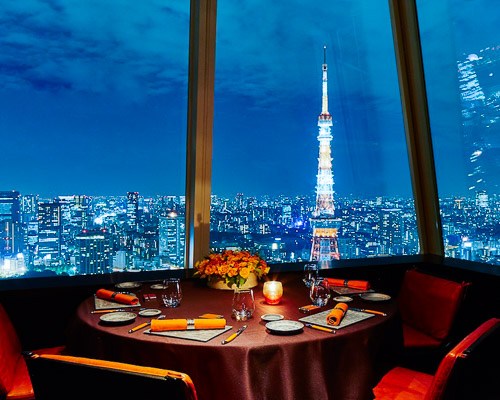 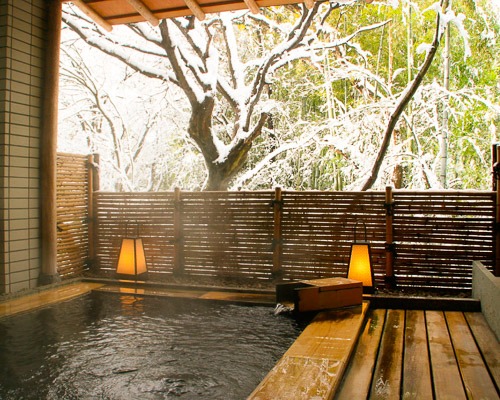 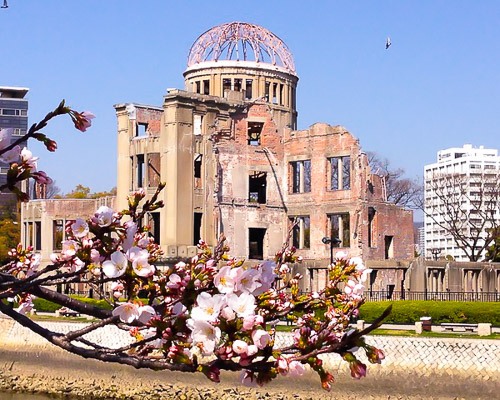